Boris Johnson can’t have it both ways. Either the government has to start honouring its multiple pre-election promises: it can fund our colleges and apprenticeships properly so they can turn out fully trained young people needed to kickstart our stuttering, Brexit-ridden economy. Or: it can continue to be austerity-driven, and force many cash-strapped colleges to usher more students into popular, ‘bums on seats’ funding-friendly but over-subscribed courses, such as arts and media, that offer limited job opportunities. Without urgently needed reforms, the apprenticeship levy scheme will continue to fund a disproportionate amount of training for existing staff which employers have hitherto financed themselves.

Last week Ofsted chief inspector Amanda Spielman raised these issues in the agency’s annual report, highlighting the large proportion of apprenticeships in business management and (particularly at higher levels), compared with minimal numbers in shortage areas such as construction, engineering and IT, and all this against a background of fewer apprenticeship starts overall.

Level 4-5 apprenticeships are missing out

There’s simply not enough levy funding to support vital apprenticeships at entry levels 2-3 - and particularly levels 4-5, the original key target of the levy - that have been traditionally sponsored by non-levy paying SMEs. In response, last week the government let SMEs start using the digital apprenticeship service previously reserved for levy payers; this was to make access to levy funds easier for SMEs with the caveat - only up to three starts per non-levy payer.

Sadly, this is just scratching the surface. At my college, it feels like the government is missing the point with its edict that all apprenticeship provision should be led by business demand. Employers are being encouraged to choose whatever apprenticeship will help their own business thrive over the next year or so. There is little or no government imperative to collectively encourage employers to help train up young people to ensure the impact of Brexit is minimised.

Short-term rather than holistic thinking

The policy encourages short-term thinking - build your profits - rather than holistically thinking about succession planning because your particular industry sector might have an ageing workforce. One can’t blame businesses for taking that approach - it’s what the government has been backing, after all. Companies have not followed the holistic route – it’s been easier and more profitable to use European mainland workers to fill the skills gap.

The original idea of the levy was based on the premise that levy payers would only spend around half the money they paid in - the remainder would be available to train non-levy payers’ apprentices. But the larger companies have seen the levy as a legitimate way of saving money previously spent from their own pockets on training up existing employees at say levels 6 and 7 on largely management and postgrad degrees. Yet why, if the levy money is not supporting level 4 and 5 apprenticeships, which is what the UK needs, should companies be allowed to spend it on training up managers who will then not have enough skilled workers to manage?

Level 2-3 apprentices get the short straw

In addition, there’s also less emphasis on supporting youngsters entering levels 2 and 3. And this is not just happening in the private sector - levy funds are now being used to pay for nurse and police constable training.

So is it right to use increasingly scarce levy funds to support staffers already in careers and going on to even better ones?

My worry is that we end up solving a few short-term problems for individual employers but creating much greater medium- and long-term headaches for the UK economy in general.

We just need someone to say ‘no’

I’m shocked that no one is standing up to defend the overarching purpose and role of the apprenticeship system and say no, the levy is not available to solve short-term problems - apprenticeships created to meet a  lack of skills in smart meter fitting is a fine example of levy funds being used just to meet a short-term need. Some sector agencies tell me they are increasingly worried when 75% of their workforce is between 55 and 65, and problems are mounting as they are not attracting young people.

The government has an industrial strategy that is meant to identify key skills shortages and yet it seems not to e working. Panic about Brexit appears to have put a brake on thinking, full stop. It’s ironic that the government is saying we need more people from Africa but is stopping people coming in from Europe. Will African workers have the skills we need or will our colleges have to set up units in Africa to train people to then fill our skills gaps over here?

Social mobility is a clear loser

My solution to this is to have a lot more focus. Someone has to take a lead. The government cannot just say it’s demand-led. Such an approach won’t create an overarching solution to the skills gaps at levels 4 and 5 previously identified in the industrial strategy. Without a clear policy, the argument of improving productivity by plugging skills gaps and helping social mobility by supporting those who are far away from the opportunity of having sustainable careers will fall on deaf ears.

So how can colleges improve things? They tend to be more biased towards demand from students than employers - but they too are pushed by policy to be more competitive and many will, in theory, be forced to walk away a bit from their mission of 'students first' to preserve their vital provider status when faced by competitors who do not necessarily share the same values.

Colleges must do what they’ve always done

It’s wrong to say that if we ultimately support employers and satisfy their demands, we will create the perfect system. If allowed free rein, employers will naturally do what is right for their business - which may be detrimental to our long-term future. So until the government changes its rather blinkered demand-led policy, colleges have to do what they have always done - encourage a healthy compromise between the interests of students, local employers and Westminster. 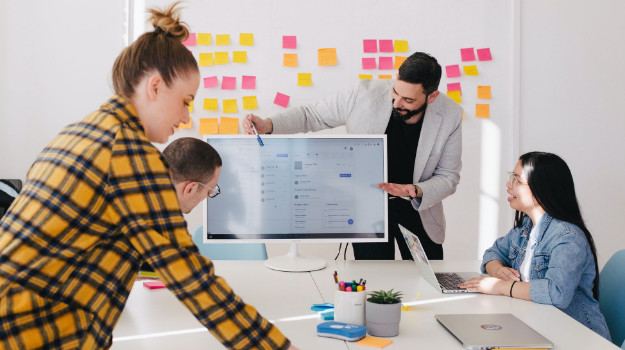