Sarah Hetherington believes she was destined to do what she does. “My son has autism and ADHD; and I grew up with a sister who had autism and severe epilepsy. I saw the difficulties we went through as a family and my mum’s dedication inspired me. I’ve had a fascination for the condition ever since and am now studying for a masters in autism.”

After taking a degree in special needs education (SEN), Sarah began work as an SEN support worker, then joined an independent SEN school and stayed on when it became part of Percy Hedley Foundation in 2005. Ten years later she moved across to Hedleys College to run its new autism spectrum disorder provision and double up as a personal tutor.

She’s quick to dash common misconceptions about the abilities of autistic people with learning difficulties. “I love teaching them how to be independent and how to do something without prompting; it’s a really important step when they can see they can do things for themselves. When that happens I know I’m doing my job properly. Lots of people think they can’t do things but they can!”

Chris had been in a lonely place

She scotches the belief that autism means challenging behaviour all day. “If that were so, something would not be right; the behaviour might be caused by something out of our control, like an event at home or changes in their routines.”

Sarah says the key to behavioural change is to understand someone’s needs by listening and observing hard and then teaching them how to communicate their needs.

One of the college’s many success stories is Chris Hartley, a non-verbal student, and one of seven students in Hedleys’ autism spectrum disorder (ASD) provision. He had been constantly misunderstood during his previous three years at a sixth form college’s SEN unit. He was in a lonely place when he arrived at Hedleys College (see Inspiring Student Journeys, November 23) in 2018.

What works for one student may not work for another

When Sarah first met Chris to assess his suitability for Hedleys, his sheer, pent-up frustration was making him hit, nip and bite those around him.

“Our approach depends on each individual student’s needs,” says Sarah. “It’s about understanding them, creating positive behaviour plans and discovering that what works for one student may not work for another. For instance, one of my students likes music and is quite loud, whereas Chris and most of the others prefer quiet and calm. Like many students with severe autism, Chris thrives on structure, on clear, visual boundaries and lots of routine.

“When he first arrived, he had a very short attention span of less than five minutes and needed numerous learning breaks but now he can concentrate for up to 90 minutes. We started with simple things like hanging up his own coat. Now he will do anything he knows he can do for himself, such as clearing up after his lunch or washing dishes; and we are now running domestic independence sessions like following a visual recipe to cook his own lunch.”

The difference between ‘now’ and ‘next’

She says it’s also highly important for autistic students to see when activities will end and to know the difference between ‘now’ and ‘next’.

“For every single thing or activity, we use visual support - mostly picture cards - for all our autistic students including those who can speak; many people mistakenly believe students with verbal skills understand but they don’t. Visual support is essential as it takes the students a long time to process instructions. We use very simple language and don’t talk a lot.

“Each morning Chris has a visual timetable that goes up in his learning area with symbols about everything happening during his day. As activities finish, the relevant symbols are removed from the timetable board so he knows exactly how long he has got and what he has left to do before he goes home.”

In the group Sarah breaks down tasks for all her students by using a green to red colour coding system, an idea she adapted from her days as a support worker. Picture cards are placed on a green board to signify the ‘now’ task and then transferred to a red board to show when that task has finished. The ‘next’ task, indicated by another picture card on green, will often be some kind of reward activity, for finishing the previous activity - it could be a football session or having time on an iPad. The students then get used to moving the cards themselves as they finish each activity.

When communicating difficult messages, such as Covid rules preventing regular trips out to cafes and shops or use of the college’s hydrotherapy pool, Sarah writes out very simple ‘social stories’ with picture support explaining why. “I’ve just done one for a student who has to attend hospital to have a blood sample taken. It’s getting her used to the idea of a tourniquet on her arm and what will happen.”

The right care and attention can bring about real change. Within nine weeks of starting at the college, Chris had transformed his behaviour. “We gave him the tools to communicate, along with speech and language therapy; one of them was a very simple text book, using motivators to get him to ask for things.

‘When you understand what he wants, he starts to laugh’

“When he first came, he did not want to interact with any of his peers, but he’s a completely different student now because, unlike his previous college, Hedleys is the right placement for him; he’s surrounded by people who know a lot about autism. Now he will always give things a go and he does want interaction with other students. He’s always smiling and has a great sense of humour. He loves it when you understand what he wants because he starts to laugh.”

It’s common to run three 60 to 90-minute sessions at once - maybe one outside, a second the base room and a third elsewhere. Sarah supervises all sessions and tries to spread herself across all seven learners while support workers carry out the basic tasks with the students, each of whom has their own individualised programme.

Keeping calm and not reacting

Sarah admits to a fascination with autism: “I really love my job and the challenge of getting a new student and giving them the skills to communicate.” Her advice to anyone considering working with young people with autism is the need to be “a very calm person and NOT to react to any behaviour issues”. She also stresses flexibility and open-mindedness, particularly when working with someone you don’t know well. Many autistic people rely on very personal routines that might seem odd to newcomers. Anything that upsets that routine can cause real upset and poor behaviour.

She urges would-be applicants to get a basic understanding of autism and then try it. “It’s not right for everyone as some people can lose faith due to challenging behaviour. But you’ve got to try it. It’s been a real learning journey for me - and I’m still learning.” 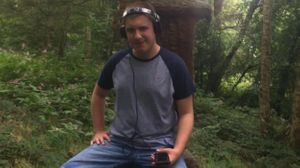 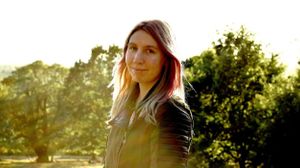 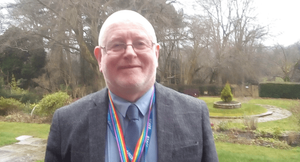