How dyspraxic staff make their special talents count in college

Yes, you did just read ‘celebration’. March 21-27 is all about heralding the wealth of natural neurodiverse talent and skills in a large section of our population - much of it rooted in creativity and lateral thinking without which the FE sector would not be the welcoming, flexible workplace it is today.

In recent months we’ve covered dyslexia, epilepsy and autism, which affect around 10%, 1% and 1% of the UK population respectively. But what about potential FE lecturers or existing college staff who have to cope with other perhaps lesser known conditions such as dyspraxia (developmental co-ordination disorder)?

Are colleges equipped to handle the special neurodiverse skillsets that wannabe or existing dyspraxic teachers are bringing to colleges and the empathy they have with many students facing the same conditions as themselves?

Dr John Macklln, education panel co-chair of the UK charity, Dyspraxia Foundation, was only diagnosed with dyspraxia at 47, eight years ago: “I never knew I had it until then,” he says. But it’s done little to stymy his career as a university teacher, which includes working closely with FE colleges on student transition to university. He joined the University of East London in 2003 and now heads its 70-strong education and communities department. As an academic, John worked out his own strategies before his diagnosis to overcome what for him were just difficulties that he had just had to get used to.

Whereas people with dyslexia, a closely related condition, generally have difficulties with literacy skills such as reading, writing and spelling, those with dyspraxia have problems with motor coordination skills. “I suffer visual stress and wear tinted glasses,” says John. “My eyes give up really easily in the modern online world and get quite tired. I have to manage them more than anything else.

People with dyspraxia used to be labelled just clumsy

“Another challenge is putting my thoughts into action - I can’t always coordinate my body movements very easily - I struggled to learn to cycle as I could not coordinate my movements to mount a bike. And I can’t drive, for instance.

“Dyspraxic people often have to actually think through sets of physical actions they need to do [and which non-neurodiverse people take for granted]. They take longer to do certain jobs as they need to process the instructions in their minds.”

Before much was known about dyspraxia, those with the condition were often labelled just clumsy. They also didn’t understand why they so often felt frustrated: “You’re trying to do a task and then you ask why others find it easier than you.”

John’s biggest test came after diagnosis. “I had to tell employers I had dyspraxia and then they told me I was technically counted as disabled. Yet I’ve never seen myself as that!” Up till then, he’d spent his career in education not knowing about his dyspraxia yet realising that for him, too, some tasks took him longer than his peers - so he had always worked that bit harder and learnt to manage his condition. In hindsight, he sees dyspraxia has given him strengths as well as weaknesses - describing them as “superpowers, with some activities involving kryptonite!”

The best thing about coming to terms with his diagnosis was stopping being so hard on himself for not completing tasks on time and always feeling overwhelmed. Now, if he’s unable to do something one way, he takes another more methodical approach, one step at a time, and does not worry about feeling swamped by deadlines. “I’ve just got used to it and developed more resilience.”

John’s condition helps him understand why students and colleagues with dyspraxia struggle to write in a logical way that others can understand. “Since I started talking about my dyspraxia, it has really made my students feel more at ease and more confident - many more learners have felt able to tell me they think they have this or that condition . . . They now feel here is someone who will understand them - and that’s a nice feeling.”

“Dyspraxic people like me tend to see things in networks and connections. We see the whole much more than the minutiae. But while dyslexic colleagues struggle with formulating sentences, those with dyspraxia are likely to find it hard to link points in an argument either verbally or in written form.”

‘Dyspraxia makes me aware of others' challenges’

John says dyspraxia has given him the ability to keep a cool head in a crisis, and helped him progress from secondary schoolteacher to teacher trainer and deputy local council leader at the same time, before entering HE in 2003.

“I don’t get flustered now because I have got used to expecting things to be a bit challenging and difficult. It also makes me aware of the challenges others face, so I couch my requests for students’ work in a non-demanding, non-threatening and non-intimidating way. I try to show I’m aware of that person’s situation - they might have pinch points in terms of their work patterns.”

Working with staff who are all aware of your dyspraxia means you avoid accusations of being a complainer if, say, you are the only staffer asking for more time to complete a project. John says before his diagnosis he’d sometimes tell colleagues that completing his doctorate was particularly hard for him and yet people would just respond: “It’s hard for everyone!”

Does your college actually know what dyspraxia is?

So when being interviewed or even applying for a job, John’s advice for dyspraxic candidates is check what staff support mechanisms are in place. Ask the college does it actually know what dyspraxia is and has it ever considered working with dyspraxic staff? Is it willing to talk about what dyspraxia means for you and how your needs might differ slightly from those of others with dyspraxia?

Also, are there obvious practice and procedure notices online and around the college showing where students and staff can go for support? And does the college believe in ‘group think’ - ie we all think the same here - or does it allow space for diverse, alternative opinions?

For John the last question is key. “The greatest quality in dyspraxic people is their tendency to see things differently and treating their world of work as a load of problems that need solutions,” he says. “They are very good at problem-solving and finding solutions. It’s a real strength.

“We’ve recently had to sit down and talk about work practices with people diagnosed with dyspraxia and give them more time to do certain jobs,” says John. “Some institutions will micro-manage a person rather than the task - and that sort of constant checking-up on someone can be overwhelming for dyspraxic and/or dyslexic people who often struggle to read social situations very well.”

People with dyspraxia tend also to be blue sky thinkers. “We’re good at actually thinking about others who think and work differently to us,” John concludes. “Dyspraxia helps us think more holistically.” 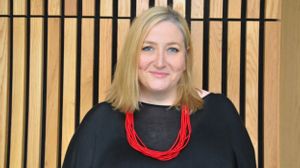 International Women’s Day (part 2): Liz Leek, deputy principal - culture, place and communities, on the power of inspiring role models, speaking up for what you believe and remaining true to yourself Read more 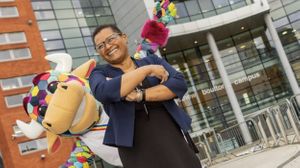 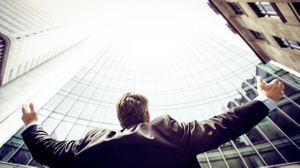