Requirements for teaching foreign languages at A Level

It seems that the popularity of ‘traditional’ foreign languages, such as French, Spanish and German, at A Level standard has been replaced to some degree by a thirst for learning Mandarin, Russian, Japanese and others.

That said, Spanish was named the most popular foreign language studied at A Level in 2019, replacing French for the very first time. A total of 7,932 students took Spanish A-level, representing a 4.5% rise.

Teaching foreign languages at A Level as a career route is at an important juncture. In 2018, more students took Mandarin than German at A Level. Mark Herbert, the British Council’s director of education and skills, explained: “Our research shows that Mandarin will be one of the most important languages for the UK’s future prosperity and global standing.”

The role of languages teacher can be challenging one, but also extremely rewarding. By equipping students with the skills to become fluent in a foreign language, you open the doors to an exciting world of opportunities.

What qualifications are needed to teach a foreign language at A Level?

The majority of foreign language A-Level teachers will have a bachelor's or master’s degree in their chosen language. In addition, most candidates applying for this role will be required to have completed a teaching qualification, such as a postgraduate certificate in education (PGCE).

For those without a degree-level qualification, it is likely they will get the opportunity to train on a university-led undergraduate course opening the door to gain qualified teacher status.

What skills are needed to teach a foreign language at A Level?

It will be beneficial to know about the culture and history of the countries whose language you will be teaching. Such knowledge will enrich your students’ studies and help them to immerse themselves in the culture of said country.

The Lecturer in Modern Foreign Languages role at the College of Haringey, Enfield and North East London requires the desired candidate to have “experience of supporting or preparing learners for external assessments with a recognised awarding body”.

In this role you will be involved in lesson planning, teaching practical classes and testing the attainment of students.

A move towards Mandarin

The introduction of the English baccalaureate has led to a rise in the number of pupils taking a foreign language – up from 40% in 2010 to 47% in 2017. According to the Department for Education, 5,000 students were set to be fluent in Mandarin by the end of 2020, although Covid-19’s effect on education may well have temporarily halted this achievement.

Should you make an impact as a foreign language teacher and should you choose to follow this direction, applying for the head of the language department role may enter your consideration. You may also consider moving into education management in assistant, deputy and head teacher roles. 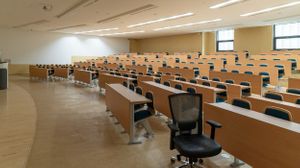 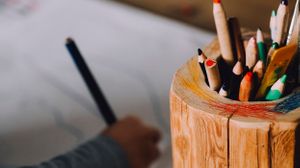 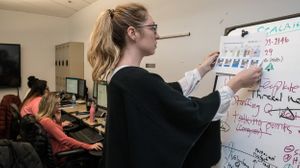 What does an education operations coordinator do? Read more