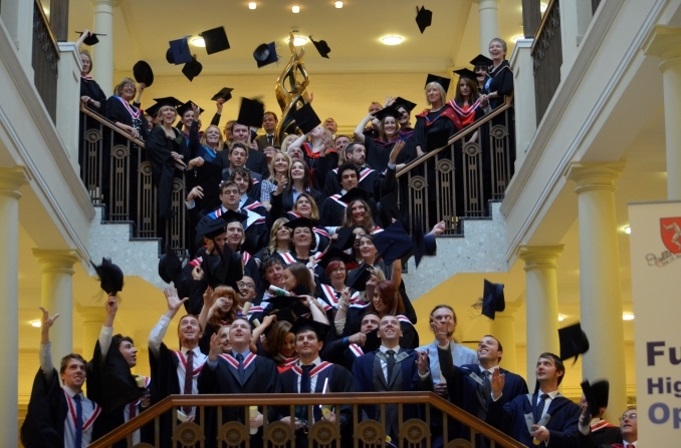 Each year around 2,500 students choose to study with us at University College Isle of Man for further and higher education qualifications and over 800 adults chose to join us for our leisure and recreational courses.  Our subject offer is wide and offers progression from entry level, through to degree level and our courses are both academic and skills based.

Last year 89% of our students successfully completed their courses, which is higher than the UK average, and 96% of UCM students progressed to a positive destination such as employment or further studies.

UCM works smart for the whole islands' community operating from 28 different sites with courses taught by over 300 members of highly qualified, experienced and motivated staff.

The Isle of Man is an internally self-governing dependent territory of the Crown, which is not part of the United Kingdom.  Tynwald, the Island’s Parliament, makes its own laws and oversees all internal administration, fiscal and social policies. Personal taxation and domestic rates in the Isle of Man are considerably lower than in the United Kingdom. The education system of the Island is totally funded by Tynwald, and is organised through the Isle of Man Department of Education and Children. There are no controls by the UK Department for Education, UK Government or UK Funding Bodies.