Part-time GP Attiya Khan was living in an endless cycle of work, home, cooking, cleaning and raising three young children with little time for herself . . . until she picked up an Ishiguro novel, read it in a day and joined a creative writing course at London’s City Lit College. It not only resurrected her childhood love of writing and helped her pen her first novel (due out this September), but also enabled her to work through the daily racism she’d suffered as a Muslim schoolgirl and cope with the huge, ongoing stress of treating covid patients


For Attiya, creative writing courses have been nothing short of a stress buster. “I had little time for myself outside work and family, life was often quite monotonous. But when I started a course at City Lit, it reminded me of a whole world of literature, books and other people’s lives out there. It was so different to my day job - I was using a different part of my mind because as a medic I was used to being very analytical and concise.”

She’d got interested in writing as a child but lapsed in her late teens and 20s. "I didn’t look at a book properly for about 10 years - I’d just read a bit and get bored.” Then one day she picked up Nobel prize-winner Kazuo Ishiguro’s first novel, A Pale View of Hills. “It was brilliant and I read it in a day. It got me back into reading and my earlier love of writing.”

‘I’d no idea how to edit my first draft!’

Attiya went in for a local free writing challenge, found it fun, and almost immediately enrolled on a course in creative writing for children at London’s City Lit College - it ran daytime courses that suited her family commitments and was near the Tube, so transport was easy.

She soon took additional courses - first a workshop on writing young adult fiction, a genre she preferred, and then one on editing. Both were led by published author and part-time lecturer Penny Joelson, who kickstarted her into finishing and then editing a teen novel Attiya had begun several years earlier. “The editing course was really good as by then I’d produced a first draft of my book but with no idea how to edit it!”

Writing about racism was a cathartic experience

Penny’s courses seem to inspire Attiya, who then not only successfully applied to be part of an open week for under-represented writers run by the publishing group David Higham Associates, but also got long-listed by the Society of Children's Book Writers and Illustrators for its Undiscovered Voices 2020 competition.

Yet prior to a successful medical career and family life lay a childhood in the 1980s regularly distorted by rampant racism. Despite revisiting painful events, Attiya says writing a novel that deals with racism and certain Muslim cultural issues has been cathartic. She says her writing and the City Lit courses has helped her work through her angst when she feels “neither quite asian enough for asian people or white enough for white people and somehow caught in the middle”.

'They hurled racist abuse at me every day’

Her book, Ten Steps to Us, is a teen romance about a Muslim girl from Kent who is quite religious, wears a hijab, and is rescued from Islamophobic bullies at a bus stop by an English guy. The teenager feels attracted to him but knows she should stop as he is a non-Muslim. The story reveals her mental anguish and her plan “to keep the boy and her religion” - and touches on the tensions many Muslims feel living in a modern western society while staying true to their values. Attiya says the story is not autobiographical but does draw on past experiences.

The bus stop incident really did happen to Attiya, only it was her sister who rescued her. “I was aged around 13 or 14 and it was quite intimidating. Every single day I went to school these girls would come out and start hurling abuse at me with ‘Paki this … Paki that’. They were constantly trying to force me to smoke and ask: ‘Is it because you’re a Paki you don’t want to smoke?’ They’d practically pour cigarettes down my throat.”

Frightening experience of working with covid

Attiya leaves a worrying postscript. “I hadn’t heard it for years but covid has brought racism out again. I was walking with my family in Epping Forest during the first lockdown when people started swearing and shouting: ‘Go back home!’ It was as if we’d personally brought the pandemic to the UK. I’d seen it so much before that I just rolled my eyes, thought what an idiot, and walked on. But when I turned round my kids were crying. I realised they’d never experienced such racism before.”

Attiya admits day-to-day working during the pandemic has been frightening, particularly at the start: “You’re never sure how it will affect you. It’s really challenging - you have to visit people and kit up. But as a doctor, if you need to see a patient, you need to see them.”

Penny was immediately supportive when Attiya joined her course. "The group I joined was quite established yet she was very encouraging [to me as a newcomer]. She gave me great feedback on my book’s first chapter, suggesting some sound changes to my manuscript.

The power of positive feedback

“She also controlled the class well, laying down sound ground rules to restrict over-zealous negative critiques from other group members. She’s always insisted people give at least some positive feedback - which is really important. Otherwise, people who don’t even know you can start laying into you.

“Much of what you write is emotional and quite personal - creative writing is putting your heart on a piece of paper so people have to be quite sensitive. If people are overly negative, the recipient can dismiss it as just their opinion and not really take it on board.”

One problem for Attiya was not writing enough: “I was producing really clipped sentences [as in medical write-ups] so I had to train myself how to write more!”

The key is persistence when seeking an agent

In editing Penny placed her students in small groups and focused on a different aspect of editing each week, such as how much backstory you need in your script or how much exposition or dialogue. “She’d break down all the elements - it’s almost scientific - and that’s good for my brain, which is used to structure, and a lot nicer than listening to a long lecture!

“She’d also make you print out your whole book in a hard copy - a great idea as there’s something about having it in your hand - and then go through it sequentially in different ways.”

Penny was quiet but effective, says Attiya. “Some teachers talk too much but she encouraged all her students to speak, and then spoke from her own experience about the difficulties in getting an agent to read your stuff, the need to be persistent and stubborn in the face of plenty of knock-backs by some publishing agents who eventually say no.

“She really listened to our contributions and ‘got’ my book - on some courses certain lecturers just go on about themselves. She understood the cultural and religious issues I was trying to convey in a non-judgmental way.

“She’d use a wide mix of resources ranging from YouTube to printed handouts. She’d constantly inform us about open days, competitions and other opportunities to promote ourselves as writers and used Google Classrooms as our own course intranet, online notice board and virtual classroom - something that made her stand out from many other tutors.”

Has writing helped Attiya as a doctor? “Yes, I learnt a lot about issues like eating disorders and depression. One student wrote a whole book about anorexia and it really helped me understand the emotions and mindset of an anorexic person much more than any textbook; they may know what they are doing is not right but not why they feel that way. Now I often recommend certain books to my depressed patients - some of whom may have been at home for months. It takes you out of your own head and into someone else’s for a while.

‘If I’d not done the courses, there’d be no book’

“It’s also taught me to listen far more attentively to people’s stories so I hear not just about their symptoms but also feelings. It makes me a better doctor.”

Attiya believes the courses have made her a much more interesting, happier and sociable person. “If I’d not done them, I’d never have finished my book. All the ideas have come up in the workshops and we bounce things off each other. Friendships, which Penny has always encouraged, are key. I remember one friend asked to read my whole book. She read it twice, really liked it and told Penny. It was a huge confidence booster!”

Attiya now keeps in touch with many City Lit friends via a Whatsapp group. “Building friendships is the real key to a happy, productive course,” she says. “What started as a hobby has now become a way of life!” 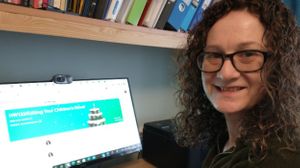 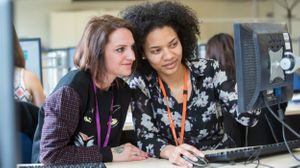 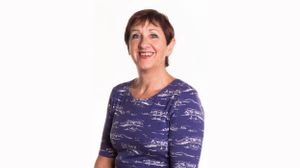