How my college helped me conquer stress at work

Last week we focused on a remarkable rise in staff wellbeing and a drop in stress levels when Kendal College adopted a more inclusive style of leadership. Here staffers from two other colleges describe how their institutions have helped them beat stress, particularly during lockdown.

Annie (not her real name) started to struggle with college workload in 2019 after moving up to manager following many years as a co-ordinator and team leader. “I found it difficult interpreting data - one of the key tasks in my new role. And besides keeping up with my own work, I was also a member of the safeguarding team.

“I didn’t fully understand my work priorities and I was also going through physical health issues. I’d been on anti-depressants for most of my adult life and was familiar with mental health due to working in the sector prior to working at the college. I worried about not keeping up with the pace, got plagued by panic attacks and anxiety and didn’t realise my mental health was slowly deteriorating.” Then covid struck.

Annie had previously separated home and work life; but the pandemic put paid to that. She was one of the first college staff to work from home as she had a blood disorder - yet she feared working in physical isolation from her colleagues - and that something could happen to her working on her own and no one else would know.

Annie began to question her ability to finish tasks and contact all the people she was responsible for. She was, in fact, suffering from a ‘high functioning’ form of depression and anxiety - where people fight and push against it 99% of the time rather than use the usual mix of fight and flight responses for milder forms of anxiety.

“My department manager rang me weekly to talk me through things. She was there all the way when she realised I was struggling after I’d broken down. I said I couldn’t do this, I wasn’t well and needed support. So she stripped back some of my new duties including data interpretation, offered me some options and suggested I take some time out. I had a long conversation with her about how I felt and expressed my real thoughts.”

Before returning to work, Annie was booked in to see an occupational health specialist to look at her workload and options. “I also wanted the opportunity to step down. The college looked at this but no suitable role was available at this time, so I agreed to continue with college support.

“I’ve had a phased return to work after five months’ sick leave and my workload has been dripped back in. I’ve received extra coaching and undertaken several courses, including a boot camp on confidence building. I’ve been allowed to work on campus, and meet weekly with my manager to go through my workload. Where necessary I’m passing tasks on to colleagues, who have also been really supportive.

“I have had several weeks of counselling through college to look at why I was struggling, including issues like being over-sensitive to how people spoke to me. I spent time reflecting, got myself some headphones for meditation, and have been able to express myself better. It’s been a positive experience for me.”

’Be honest about your feelings’

‘Like many people taking on new roles, she initially feared admitting she was struggling. Now she recommends anyone with work worries should first chat to someone at work - and it needn’t be their manager. “It’s really important to be honest about how you are feeling,” she says.

Annie doesn’t get so stressed out by things now - she’s able to think better and believes that things will become easier with practice. Yes, she still wants to remain at the college but perhaps not in her current role long term.

“I’m now much happier in myself ,” she says. “I’m doing all right after all my college’s reassurance and support.”

Studying and working all at once

Studying alongside normal working can also be a significant source of stress. Colleges often encourage staff to apply for apprenticeship places that they offer on campus; they are also constantly seeking specialist teachers with industrial experience. Colleges will employ unqualified teachers, provided the new recruits then enrol on a teacher training course such as a Certificate of Education or (for graduates) a PGCE, often put on by the college. Juggling workload and studies can raise stress levels if you don’t take precautions.

HR adviser Susan (again not her real name) had decided to take an apprenticeship needed for promotion at a college where she was already an HR case worker/coordinator, including roles as a mental health first-aider/wellbeing champion. Her end-point assessment (EPA) was approaching rapidly. Now in the midst of covid shutdowns and a switch to online learning, her stress levels were climbing as she began struggling to manage her studies alongside the rest of her work.

Susan started to doubt her ability to pass her EPA, which included a tough oral exam, and in a state of mind made worse by her fear of failure in front of old colleagues and the isolation imposed by covid restrictions. “It was getting really stressful,” she says.

Fortunately Susan’s college - like Annie’s - is among many that have adopted a more holistic, stress-busting strategy to improve staff mental health. “What really helped was my line manager’s encouragement to fill in a college wellness action plan (WAP) based on a template devised by the mental health charity, Mind.

“The exercise got us talking about the possible tell-tale signs that I was struggling, what was causing it and how managers could help.” Dialogue helped remove Susan’s natural fear of admitting worries to her bosses.

“It was really nice to know I could talk to my line manger about my problems without feeling I’d could lose my job as a consequence. We discussed options for times when I felt anxious: like withdrawing from casual conversations on Microsoft Teams, going for a real or virtual coffee with a friend, taking a short walk, actually taking my full lunch break and finishing work on time . . . The fact my college had introduced WAPs showed me that it was taking stress and mental health seriously.”

In fact, Susan did pass her EPA this February during England’s third official lockdown. “It was a huge weight off my mind and I’m reassured that if I have any more wobbles I can always talk about them with my line manager. Without fear.” 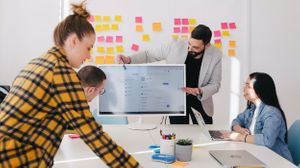 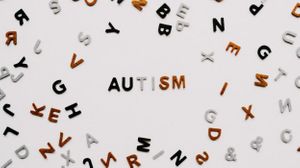 Proud to be autistic: autism needs its champions Read more 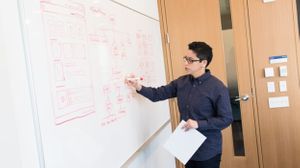